Because Lent is about humility, and there's no better way to cultivate humility than becoming offensive to everyone, I offer up a geriatric mother's opinion on modern babyhood. It's been a long, long time since we entered the world of babies, and much of what I encountered just left me scratching my head.Yes, yes, I know that the bumbo-bath-hammock-with-automatic-coconut-oil-dispenser was your lifesaver, but, as I'll probably being saying before a judge one day, Your honor, I had a baby at 45. Case dismissed and award that woman a two-week spa vacation.

1. Activity centre
The only reason I could see to use one of these is to get your baby to pass out from sensory/plastic overload. It nearly made me pass out just from looking at it. Blocks and books, people, blocks and books. 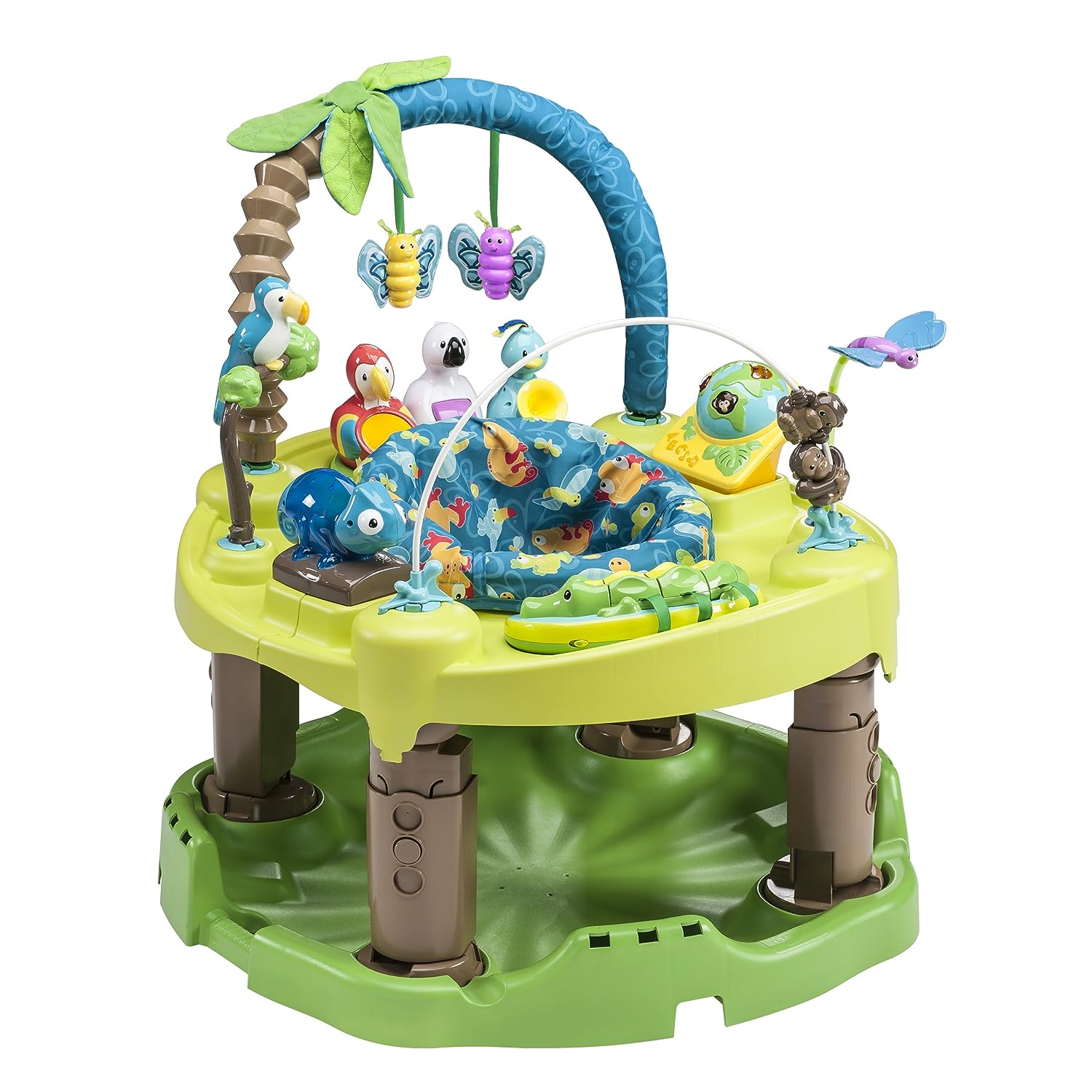 2. Baby sleeping wedge
... And a myriad of other baby sleep/recliner devices that look like segments out of a roller coaster. Maybe this is just me, but (bar medical reasons) if you have to wedge your baby in place, doesn't that tell you it isn't a natural sleeping position?

3. Bath hammock
The first baby item I bought when pregnant this time around was a baby bathtub, because I happened to walk into the thrift store when they were having a half price sale on baby items. Only later did I discover that the world of washing babies has changed... but I'm not sure why. Even I can wash a baby one handed. In fact, for thousands of years, people have managed not to drown their babies while bathing them. The only reason I can think of to sling your baby up in a bath hammock is to have a free hand for your coffee/margarita/ tranquilizers. Or maybe to grab the cat who got over excited by bath time and is crouching down to pee in the corner of the bathroom. OK, two reasons.

4. To which I'm going to add the Sink flower for the same reason. I just don't understand why you'd want one unless your name is Ann Geddes. My parents have some great cine film footage of my brother having a tantrum while being washed in the sink at Pontin's ca. 1974. I'd so post it here if I could. ... because afterwards, it becomes this:

5. Breast milk alcohol test strips
As if breastfeeding mothers don't hear enough 'advice' from all sides. A tip: if you think you need these, you're drinking too much. Or you're really paranoid, so you'd better go have a nice, chilled glass of white wine to calm down. Except you can't because you bought a sink flower.

And, by the way, I looked up images for this topic, and this turned up:

Maybe it's a warning about what will happen to your baby if you drink and breastfeed? Or use alcohol testing strips? Any suggestions?

Hand on heart, when I first saw this, I thought it was some kind of giant potty. Apparently, they are fashionable, and people like them, bar some physical therapists. I almost caved in and bought one second hand, but then I noticed a war had erupted over them. Yummy mummies versus crunchy moms or something. We just propped our baby up on the sofa or actually held him.


Here is our Luddite child, wedged up in his wooden high chair (no, we don't let him sit there without the tray - this was for the photo) with an old cushion for a seat and tatty quilt for backing because we care about his little head, but in a cheap, old fashioned way. Note also the view of our ripped up, bifurcated kitchen floor.

7. Food pouches
I know they managed to market these to crazy cat ladies - but now parents? I included this because my husband and I had a debate on how to use it. I assumed you squeezed the food out and heated it; he thought you just gave the whole thing to the baby to suck on, a la gogurt. Maybe that is a male/female attitude. Anyhow, we bought one, but only because it was reduced, and because our kitchen floor is half plywood and we have no dishwasher, so the baby finally has to slum it with a few jars (and pouches) of prepared food.

There, now I feel suitably humble. To commune with more Thoroughly Modern Millies, head on over to This Ain't the Lyceum.
9 comments:

7 and a bit Quick Takes 25: Diet with the saints

1. Seven eclectic takes because I didn't have enough time to research a perfectly-themed post. Also, my mind is bouncing around all over the place right now as it's research essay time. Twenty-four students, twenty-four different topics to supervise, from "Are there extra-terrestrials", through "Cocaine Cartels" ("My cousin got busted and is in prison for 20 years, so I'm really interested in this topic."), all the way to "Affluenza." Actually, I really enjoy working one-on-one with students and the challenge of juggling all those subjects. I think I would have made a good governess if I'd lived a hundred years ago (and I would so have eloped to France with Mr. Rochester - sorry Jane).

2. Also crowding my mind is the lack of a kitchen floor. Our contractor finally came round to deal with the rotten boards. Bad news: the kitchen floor was unsalvageable. Good news: he managed to contain the damage for thousands less than the worst case scenario. Result: new kitchen floors (eventually), with money left over for counter tops, and maybe new bathroom floors while we're at it. Our dishwasher won't be hooked up again until the floor is laid, but that's not so bad, because it encourages us not to be profligate with meal preparation. Maybe I need to try #5 below.

3. Sometimes there are those news stories that leave you flummoxed. A royal aide to Prince Charles found drunk in her Land Rover. OK. Four times over the limit. Ooo Kay. While driving her children to school in the morning. I don't know whether to be aghast or strangely impressed. How do you get four times over the limit before school? Five Bucks Fizzes and a slice of toast? Gin over your cornflakes? 4. Kelly, our host for Seven Quick Takes, became my hero for deciding to go on a Hildegard of Bingen Lenten diet. And, since my mind is working like a bee in a jar (see #1), I immediately came up with other medieval-style Lenten meal plans:

5. The Pottage Plan: Get a large pot and throw in anything to hand. Set it to cook. Don't turn it off...
ever. When the contents get low, chuck in whatever you feel like e.g. hares poached from the Lord of the Manor, dandelions, dead pets. No menu planning for 40 days so you can devote yourself to spiritual things, plus you save time and the planet by not using all those extra dishes. 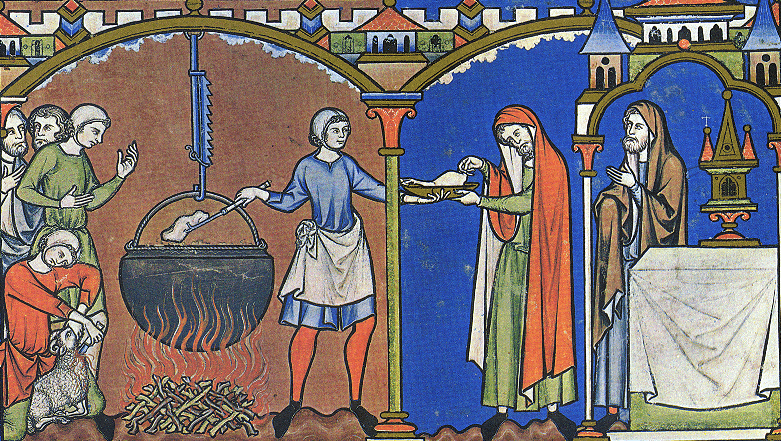 But if you really want to be zero waste, I suggest:

6. The Catherine of Siena Diet: Eat nothing. Amaze all who queue up just to watch you not eat. Early death might be a drawback, but sainthood is a plus. For those not quite strong enough to hack that, I recommend:

7. The Francis of Assisi Diet: Eat only what others give you. The catch is you're not allowed to ask for food - just go around performing miracles, and let matters take their course. Early death and sainthood also apply here.

7a. If this all sounds too modern for you, then go back to basics with the fifth century Saint Benedict Diet: two cooked dishes per meal, with a dish of fruit or veg if you feel like it, plus a pound of bread and half a bottle of wine per day. If you are breastfeeding, play safe and substitute beer and stout.

For the record, my rule while breastfeeding is only to have a drink if I really want one. Sometimes I go for hours days without alcohol.

Go visit the other bloggers linking up at This Ain't the Lyceum - some of them might actually be taking Lent seriously.
No comments: