Linking up with Modern Mrs Darcy as usual. In retrospect, it is quite clear why I ended this past month with no palpable desire about what to read next - I must have drained all my emotional reading resources with these two titles.

Kazuo Ishiguro - The Remains of the Day

I gave Ishiguro another go, even though I hated the ending of The Buried Giant. In this Booker Prize novel set in the 1950s, an aging butler takes a road trip to visit a former housekeeper, and along the way, reminisces about a lifetime devoted to the service of Lord Darlington. Beautiful, restrained prose makes this story of lost causes and lost love all the more bittersweet. And, thank goodness, a glimmer of positivity at the end. I've never seen the film adaptation, but reading this, I can imagine that Emma Thompson was perfect as the housekeeper.

Most of the month was taken up with re-reading Villette. I'd only read it once, decades ago, and pretty much just recalled the end. Wow. Its effect crept up on me gradually, but by the end I wanted to throw around clichés such as tour de force and masterpiece of psychological drama. Cast on her own devices, Lucy Snowe follows a whim and travels to Villette (a fictional Belgian town), where she finds work as a nanny and then English teacher at Madame Beck's school. Lucy occupies the invisible position of a working middle class woman. 'I am a cypher,' she says, and the tension in the story comes from the way she is labelled by others (passive, uncontroversial) and the passionate, opinionated person she is within. She is so used to hiding, that she even conceals facts from the readers at times, sometimes drawing us in, sometimes pushing us away. I was pretty exhausted by the time I finished it. Jane Eyre will always have my heart, but Villette has my respect.

And has anyone else read and re-read that penultimate paragraph, trying to will yourself into discovering a different ending?

I'll pad out this post with a favourite I bought for my son recently: 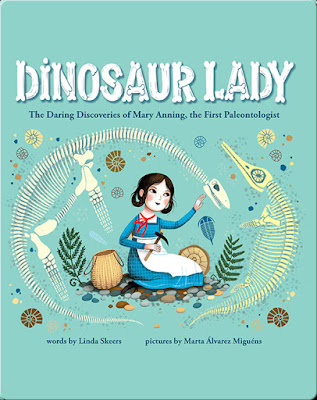 I spent much of my childhood on the Jurassic coast, so I've been fascinated by Mary Anning for decades. This is a colourful introduction to the fossil-hunting Dorset girl who relied on her own skills, studies and deductions to discover new species, and is arguably one of the founders of paleontology, even though, as a lower-class woman, she was often slighted by the men who came to rely on her expertise.

Looking forward to reading your reviews! Have you read a book that just exhausted you? Any recommendations to bounce back?