Linking up with Modern Mrs Darcy as usual. I skipped last month, as I spent August visiting and being visited by family, including a fun trip to Vienna! So here are some highlights of the past couple of months' reading (which looks better than it was, as I admit to zoning out with some 'brain-candy' novels, too).

In order to snap myself out of the emotional funk caused by reading The Remains of the Day and Villette in succession, I went out of my comfort zone with the first two below, with mixed results.

After a brush with death, Chloe Brown makes an effort to shake up a life defined by managing chronic pain, and creates a "Get a life" list. Her first achievment is to move into her own flat, where she meets superintendent Redford. He seems her polar opposite, but he may be just the man to help her get through that list. MMD described this as steamy. Honestly, I'd say there is another phrase for this: "Mummy porn" (that's a description, not a judgement on anyone's reading choices). It has an engaging premise and a sweet couple, sandwiched together with erotica. You are now forewarned...

In this YA debut, trans teen Pony goes "stealth" (presenting himself as a boy, not trans) in his new high school, and immediately falls for cheerleader Georgia, who is cultivating her popular girl image at the expense of what she really wants from life. Georgia seems to reciprocate his feelings, but what will happen when she finds out the truth? I enjoyed the romance element of this novel, between one person hiding what she is, and another hiding what he is not. I did not agree with the presentation of some of the issues - there is a lot of stereotyping - but it is written for teens, after all, who have a much more black-and-white outlook on life. Despite that, I got very invested in the story, and was in tears at the climax (there are some very dark moments in this book). I think the audio version, with different narrators for the two characters, really brought it to life. (P.S., if you have not guessed from the theme, I'd definitely say it is on the "A" side of YA.) 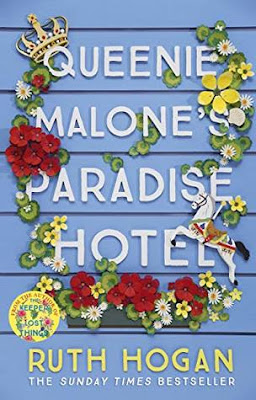 Another Hogan novel with quirky characters and a positive outlook on difficult aspects of life. Tilda leads a solitary existence, isolated by her ability to interact with the dead, and a childhood tauma she does not understand. When she returns to Brighton to sort out her late mother's flat, she discovers a circle of (live and dead) people who help her to uncover family secrets and venture into the world of the living once more. I really enjoyed this, as with Hogan's other novels.

I gave each of my daughters a copy of this as an Epiphany present a couple of years ago, but neither read it (guess I need better recommendations for YA), so I eventually took it back from one of them - and I, at least, enjoyed it. It's based on one of the Aphrodite and Hephaestus myths: when Hephaestus captures his wife and Ares in flagrante, Aphrodite defends herself (but not to the end you think) by proving that love is the greatest power of all, with the story of two World War I couples, a British pair who met only a week before deployment, and a Harlem musician and Belgian refugee who find that music transcends all boundaries. While for me, it had the same lack of nuance as the YA novel above (all the 'good' white characters are somehow completely non-racist - in 1916?), the romances were compelling, and the writing often deeply affective. But it made me realise that I need to re-read mythology, as I've forgotten many of the stories I used to know by heart. 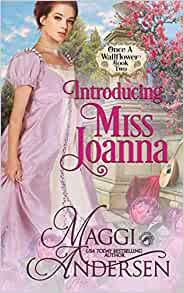 Another Regency novella from my critique group partner (aside: how do some people write several books a year?). Newly minted heiress Joanna comes to London for the season, and meets the handsome Baron Reade, who is vehemently opposed to getting married. But he is also investigating a white slave trade ring on behalf of the Crown, and Joanna is pulled dangerously close to the investigation. Maggi dishes up her usual irresistible mix of attraction, love and danger in this new Once a Wallflower series.

I hope you had some good summer reading. I look forward to gathering some recommendations for the autumn from your linkups!