Linking up with Modern Mrs Darcy as usual for QuickLit. On reflection, it was a mixed bag for last month's reading - one classic, one so-so, and ending with some escapism as we went into a second lockdown. But here are the quick reviews: 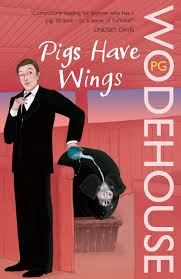 How did I, with multiple degrees in English literature, escape reading P.G. Wodehouse this far in life? To be honest, because I harbour a suspicion of novels that are deliberately trying to be funny, and rarely try one. How wrong I was. With the impeccable upper class accent of the narrator, Jeremy Sinden, I was giggling from the beginning. Pig napping and star-crossed lovers are all adroitly managed by Lord Emsworth's incorrigible brother, Galahad. I have another Blandings Castle novel already in my TBR pile.

I wavered over whether to post a review of this because in some ways I don't feel qualified. To cut to the chase, it turned out that this novel is from Crow's pre-Anglican days, when she wrote for the Evangelical Christian fiction market - not my cup of tea at all. It was inspired by Edward Rutherford's Sarum: The Novel of England, an equally fat novel (actually, series of linked novellas),which I loved. As it says, Glastonbury tells the story of English Christianity from the time of Christ (following the legend that Joseph of Arimathea came to England with the Grail) to the dissolution of the monasteries in the reign of Henry VIII. I liked the overall premise and the basis for each novella, and so I persevered through 1000-plus pages because I had been promising myself I would read this when I got a new Kindle, and also because the parts that I enjoyed, I really enjoyed. However, I confess to skipping chunks of the evangelical stuff. 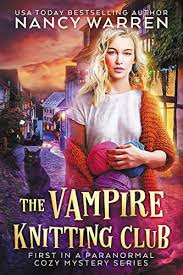 I was seduced by Bookbub again into buying this collection on the cheap, to re-read the first and devour the others for a Halloween treat. Well-written escapism. American-raised Lucy has inherited her grandmother's Oxford knitting shop, although she can't knit to save her life. But it is soon apparent that her grandmother not only didn't die of natural causes, but is not technically dead. Oh, and she happened to be a witch who hosts a knitting club for her vampire friends, who are happy to break the boredom of eternal life by helping Lucy solve the murders and mysteries that fall her way as she herself takes up the family witches mantle.

Hope books are keeping you sane in these strange times! Going out on the BBC adaptation of the Blandings novels.